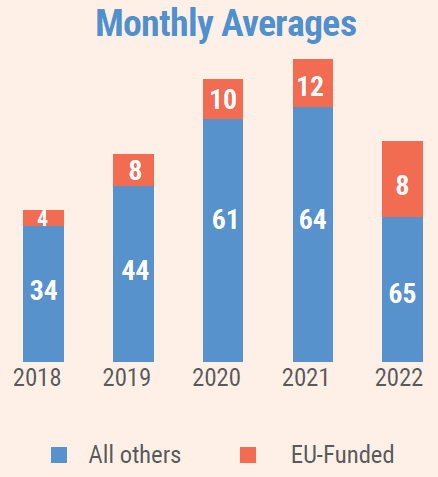 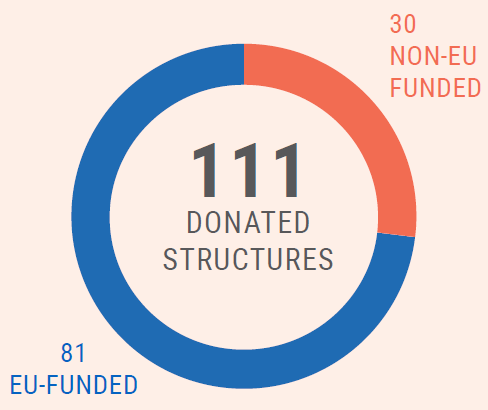 In September and October 2022, the Israeli authorities demolished, forced people to demolish, or seized 135 Palestinian-owned structures across the West Bank, including East Jerusalem. Thirteen (13) of these had been provided as humanitarian aid. As a result, 141 people, including 71 children, were displaced, and the livelihoods or access to services of over 8,963 others were affected. All but three of the structures were targeted for lacking building permits, which are nearly impossible for Palestinians to obtain. One-hundred-and-thirteen (113) of the targeted structures were in Area C, eighteen (18) were in East Jerusalem, and four were in Area A and B of the West Bank.

More than 30 per cent (46 structures) of all structures targeted (demolished and seized) in September and October were residential, resulting in the displacement of 141 Palestinians, including 71 children. Three of the affected homes were funded by the EU as humanitarian assistance to families displaced in previous demolition in the communities of Al Jwaya and Ar Rakeez, both in southern Hebron. All but three of the other structures that were targeted during these two months supported the agricultural, herding, and commercial livelihoods of communities, including animal shelters, storage rooms, water wells, and shops. Seven of these structures  were EU-funded humanitarian aid delivered to four communities: Qusin (Nablus), Kafr ad Dik (Salfit), Wadi as Seeq (Ramallah) and Abu Shusheh Bedouins (Jerusalem), in response to previous demolitions.

Over 80 per cent of the targeted structures in September and October (113 of 135) were in communities partially or entirely located in Area C. This included seven structures demolished in Ein ad Duyuk al Fauqa Bedouins and An Nabi Musa communities in Jericho. Both communities are located in areas Israel has designated as ‘firing zones’ closed for military training, and where Palestinian communities are at risk of forcible transfer due to a coercive environment generated by Israeli policies and practices. 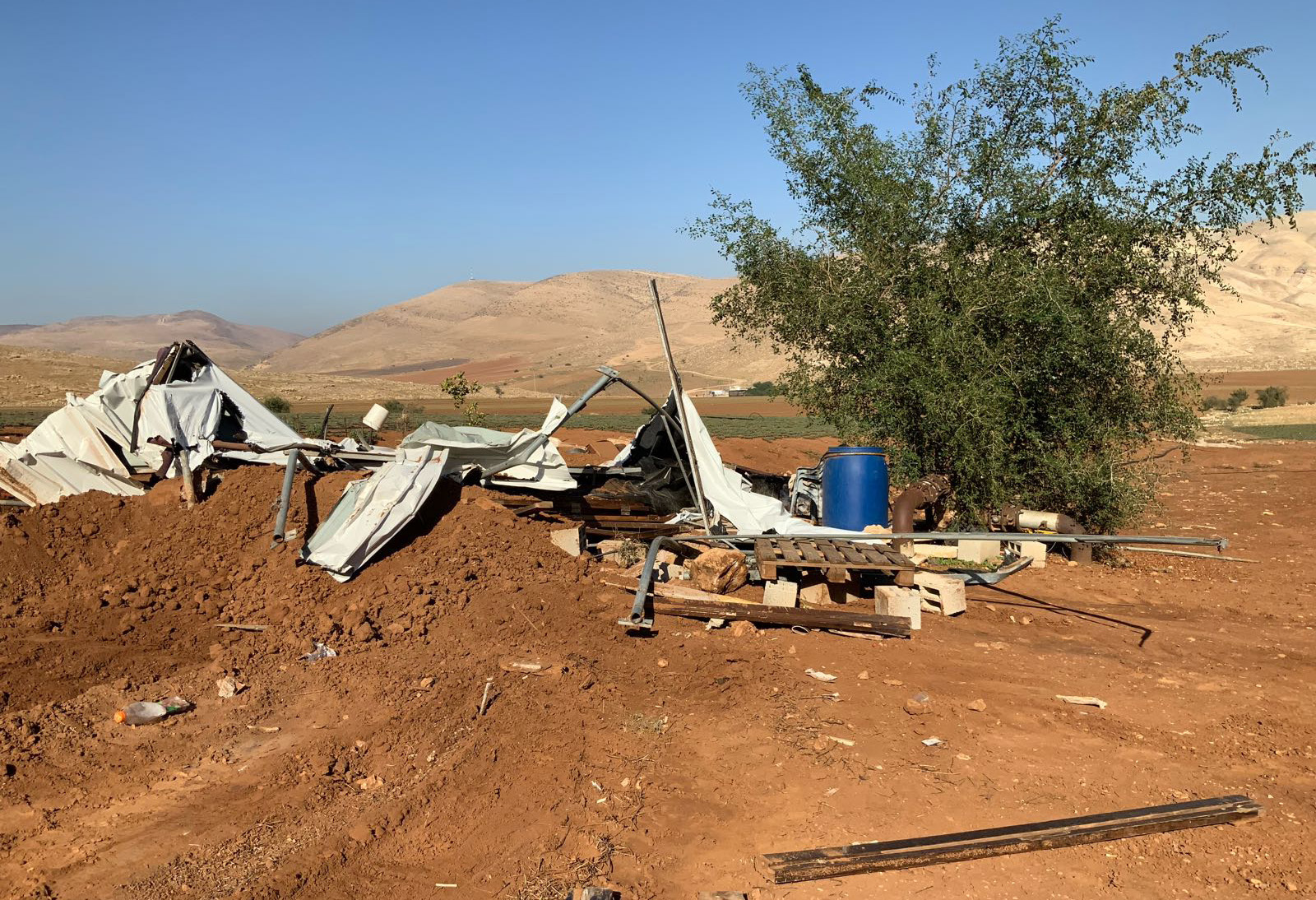 Demolition of livelihood and Agricultural structures in Lifjim community. ©Photo taken by OCHA.

Of all the structures targeted (demolished and seized) in Area C, 25 structures were seized by the Israeli authorities without warning, which prevented the owners from being able to object in advance. This is a significant decrease compared with the 35 per cent in 2021, and 20 per cent in 2020. Seizure procedures do not oblige the authorities to provide prior notice, thus preventing affected people from objecting in advance. The Israeli Civil Administration has referred to such practices as “a strategic tool”.

Additionally, in a separate incident in the Area C of Ar Rifa’iyya village (Hebron), the Israeli authorities demolished an under-construction residential structure based on Military Order 1797, which provides only a 96-hour window to appeal and very limited grounds for legally challenging a demolition. This affected four people, including two children. A total of 211 Palestinian-owned structures have been demolished based on this order since it came into effect in July 2019.

In East Jerusalem, the Israeli authorities demolished or forced people to demolish 18 structures, including 12 homes. More than half of the structures (13) were demolished by their owners to avoid the payment of fines imposed by Israeli authorities. So far in 2022, the proportion of structures demolished or sealed off by their owners in East Jerusalem following the issuance of demolition orders, reached 53 per cent, up from 27 per cent in the previous five years. This is attributed to new Israeli legislation which limits the authority of Israeli courts to intervene and enables the Jerusalem Municipality to exert pressure on families to demolish their properties themselves. In one of the incidents, in Sur Bahir in East Jerusalem, the affected family had been paying fines since 2000 for building without a permit and received a final ‘sealing order’ in September 2020.

On 6 September, the Israeli authorities punitively demolished an uninhabited residential apartment in a multi-story building in Jenin city, in Area A, home of a Palestinian man who shot and killed three Israelis in Israel in April 2022, before being shot dead. During the operation, confrontations between Israeli forces and Palestinians were reported, resulting in the killing of two Palestinians. Two other adjacent apartments sustained damages; as a result, two households of 12 people, including eight children, were affected. Since the beginning of 2022, eleven homes have been demolished on punitive grounds, compared with three in all of 2021 and seven in 2020. Punitive demolitions are a form of collective punishment, which is illegal under international law, as they target the families of a perpetrator, or alleged perpetrator, who are not involved in the alleged act. In an additional incident, on 28 September, the Israeli authorities destroyed the first floor of a four-story residential building in Jenin Refugee Camp (Jenin), during a search and arrest operation, resulting in the displacement of one household, comprising of five people, including one child.

Additionally, in two separate incidents, on 20 September, the Israeli authorities sealed off two artesian water wells in Area B in Kur and Ar Ras both in Tulkarm, without any prior notice. Both water wells are used as the main drinking water source of at least 1,400 Palestinian families in the communities.