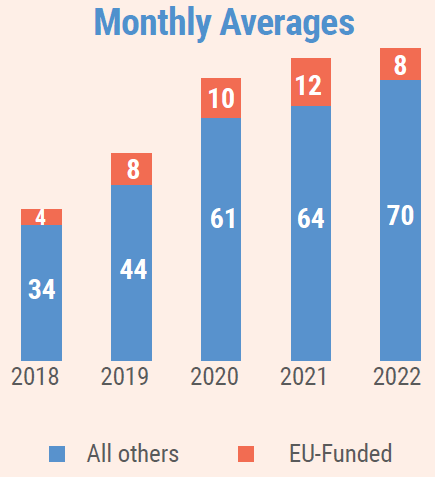 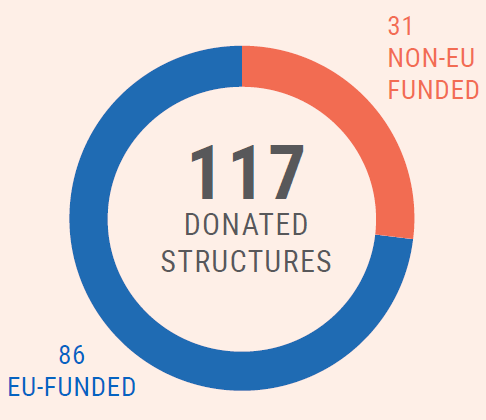 In November 2022, the Israeli authorities demolished, forced people to demolish, or seized 123 Palestinian-owned structures across the West Bank, including East Jerusalem. Six of these had been provided as humanitarian aid. As a result, 109 people, including 58 children, were displaced, and the livelihoods or access to services of over 382 others were affected. All but two of the structures were targeted for lacking building permits, which are nearly impossible for Palestinians to obtain. One-hundred-and-eight (108) of the targeted structures were in Area C of the West Bank, thirteen (13) were in East Jerusalem, and two were in Area B of the West Bank.

Over 80 per cent of the affected structures in November (108 of 123) were in communities partially or entirely located in Area C. Among the most affected were five Palestinian Bedouin or herding communities in the northern Jordan Valley and in the Jerusalem periphery; Lifjim, Tatrit, Al Mashru’ Bedouins, South ‘Anata Bedouins (Wa’ar al Beik) and Tublas, which accounted for 30 percent of the structures targeted during November.

Of the structures affected (demolished and seized) in Area C, eight structures were seized/confiscated by the Israeli authorities without warning, which prevented the owners from being able to object in advance. This is a significant decrease compared with the 35 per cent in 2021, and 20 per cent in 2020. Seizure procedures do not oblige the authorities to provide prior notice, thus preventing affected people from objecting in advance. The Israeli Civil Administration has referred to such practices as “a strategic tool”.

Additionally, in the Area C communities of Al Maniya (Bethlehem), Al Mashru’ Bedouins and Isteih (both in Jericho) and Jalbun (Jenin), the Israeli authorities demolished a total of eleven (11) structures based on Military Order 1797, which provides only a 96-hour notice and very limited grounds for legally challenging a demolition. This resulted in the displacement of one household, comprising seven people, including three children, and affected another nine households, comprising 38 people, including 18 children. A total of 222 Palestinian-owned structures have been demolished based on this order, since it came into effect in July 2019. 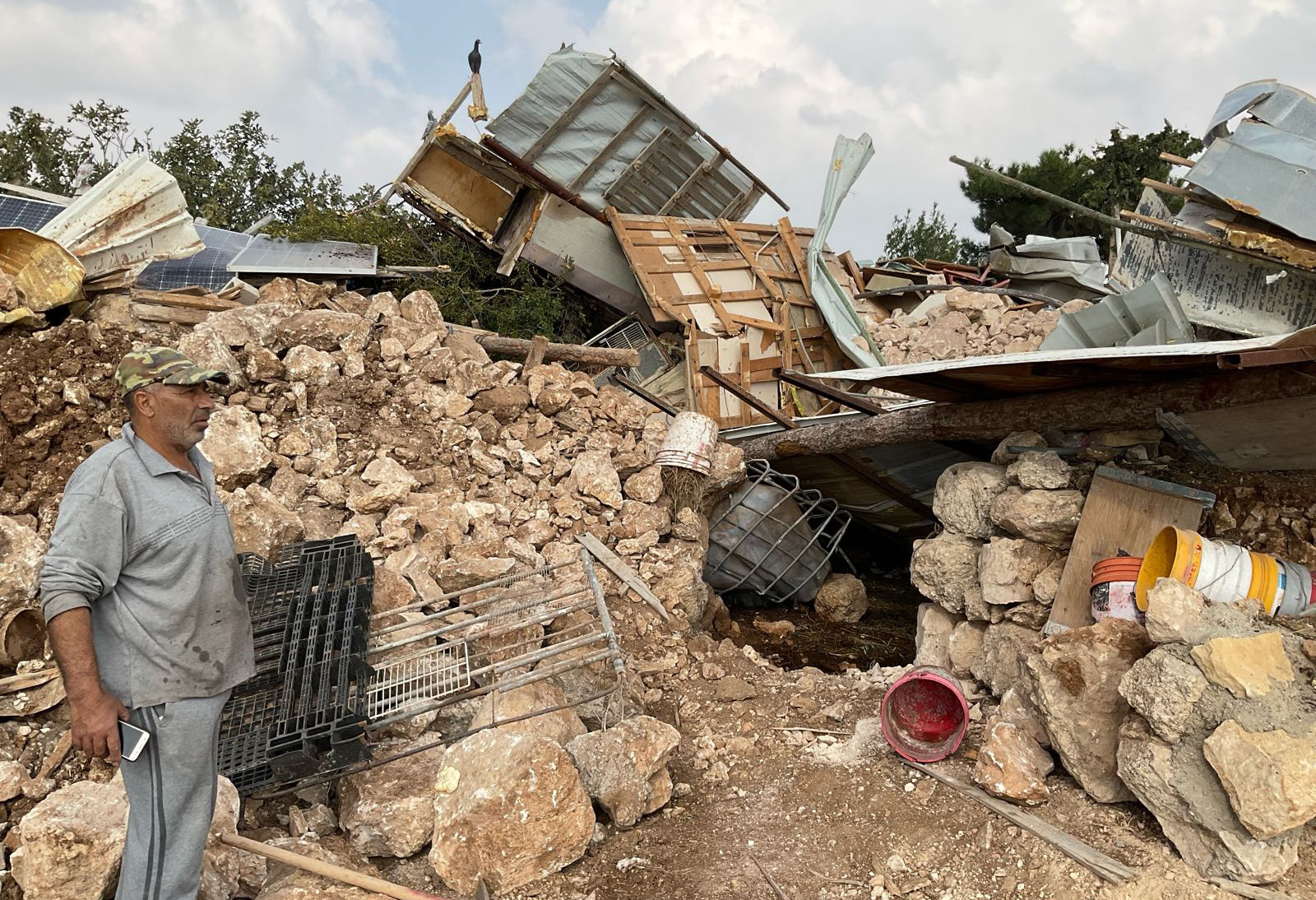 Palestinian property shortly after it was demolished by the Israeli authorities in At Taybe (Hebron) ©Photo by OCHA.

During the reporting period, a donor-funded school was demolished, and another received a demolition order, both located in southern Hebron. On 23 November, the Israeli authorities demolished Isfey Al Faqua EU donor-funded school, which served 21 students from three communities in southern Hebron, after the Israeli High Court of Justice cancelled a temporary injunction prohibiting demolition. Isfey Al Fauqa is one of 13 herding communities comprising about 1,150 people, half of whom are children, and located in an area designated by the Israeli authorities as ‘Firing Zone 918’ in Masafer Yatta (Hebron). Additionally, on 29 November, the Israeli authorities issued a demolition order, with a 96-hour notice, against another EU donor-funded school in Khashem al Karem in southern Hebron. On 1 December, legal aid partners secured a court injunction against the demolition, which is valid for 21 days as long as no additional construction takes place at the school during this period.

In East Jerusalem, the Israeli authorities demolished or forced people to demolish 13 structures, including nine homes, including four which were demolished by their owners to avoid the payment of fines imposed by Israeli authorities. So far in 2022, the proportion of structures demolished or sealed off by their owners in East Jerusalem following the issuance of demolition orders, reached 53 per cent, up from 27 per cent in the previous five years. This is attributed to new Israeli legislation which limits the authority of Israeli courts to intervene and enables the Jerusalem Municipality to exert pressure on families to demolish their properties themselves. During the four self-demolition incidents in East Jerusalem, according to the affected families, the Israeli forces reportedly threatened to jail or fine family members if they did not complete the demolition quickly.